Here I am fulfilling an ambassadorial role for Arsenal FC, one of their partners is Indesit, and they’ve put on a fantastic event. They have brought the competition winners and their husbands – the women are the ones that they’ve written in ‘cause they love their husbands so much – their heroes, brought a couple of legends from PSG, AC Milan and Arsenal – me and Robert Pires are representing Arsenal. We’re going to play on the San Siro tomorrow; today we did a little bit of training with them, get them into a bit of a shape – we gave them a training session. The ladies went off shopping – typical Italian! – My wife wouldn’t put up for it, probably would do the opposite, I think she would go for football, but I am quite happy with that.

My day jobs are with Qabala FC, I am still advisor to the president of Qabala FC, on all football matters, got an academy directed started this summer, fantastic development, best in all the ex-soviet states, new stadium is about two years away. I’ve been able to do my charity which is been great, because I’ve been back in the UK. It’s thriving 12 years old my charity, we had 32 people through last year, did 70 education seminars for the Premier League and RFL. We got 25 guys in therapy through the country. Here and now is Arsenal.

2. You have assisted Adrian Mutu during the conflict with Chelsea and the cocaine scandal. Is it easy to lose your head when you’re on top and young?

I set up the charity but I get experts to run it. Whereas Adrian – I did meet him a couple times. I set up a charity because I am not particularly great at helping people I found out. I put a facility that helps people. I want to give it because I am 17 years coming up sober; my life has miraculously changed because I don’t drink and I wanted to change everybody’s life.

If you are talking about a 19 or 20 years old with no education, the education years for professional players are between 12 and 19 and that’s the education years for life and schooling. There’s a little crossover even though some players today are becoming better well educated off the pitch as well as on the pitch. But there is still a massive area where you’re giving 19-20 years old uneducated young men 50 grand a week – if they’ve done that, to me it’s sex, drugs and rock’n’roll and you’ve  got no defences. This is where big part of my charity – we’re going through football clubs, we always take a doctor that gives them a scientific approach to things to look after, but also we take someone that has been through the experience – a professional footballer – too much drinking, too much gambling, too much sex, whatever. It seems that is really working, there was no one was coming to my club when I was 17 and told me.

3. Are the clubs involved in any ways in post-career evolution of players? Are they supporting them to get MBAs for example?

Not the clubs, but the professional football associations are, they are really fantastic in the UK, Gordon Taylor really does care for his players – past and present. There is a massive re-education programme. The fallout from every player that signs when they are 16, 90% are gone after 21. The other 10% are getting a career. The average career for a professional footballer is only 6 years. They’ve got responsibility which I must admit that BFA do better than any organisation in the world and I’ve spoken with all of them.

4. How hard is to captain a team with so many brilliant players with prominent personalities as you did in Arsenal?

The end result was winning the football game and that’s what I wanted so bad that I didn’t really care if they were talented or not, I just wanted them to perform to their potentials. There is a famous story after a Middlesbrough game with Dennis Bergkamp, he was on the bus, he’d been in the club for three years and I said “How can a man with so much talent not win anything?” And I said “it’s time to go to the next level! You need to buck up your ideas!” He was a fantastic player, more talented then I’d ever be.

5. England has great performances at club level but at national team the only success is in 1966.

Only 37% of the league is English, the clubs are not English. There is great tradition for English clubs, they do well, but they do well with foreign players. England suffers because of it. England needs to travel, we’re an island, and we used to travel the world, playing our game around the world. At the moment we’ve got a little bit stucked, very talented foreigners have come over from great academies from around the world, great development areas and gone into the UK because of the money. We will attract the best players in the world because it is the richest league in the world, but that’s been in the detriment of the British players. We need to travel, we need to get better, and we need to realign ourselves. The FA needs to take responsibilities, we have to look after our own, we have to start getting jobs and get successful.

6. Is it loyalty to a club much harder to achieve these days? Is it because of the money? Is it the search for better performances?

Yes. It is not only the money. I think because the foreigners in the league wouldn’t class Arsenal FC as their home. If a player comes from Romania, a boy who dreams, they look on TV, they look at Arsenal and Manchester United and everything else. They fulfil their dream, and they come over and they play for the clubs. But still when Barcelona is knocking, there’s nothing to tie them to Manchester United or Arsenal, they’d be off again because Romania is their home. You are talking to a Londoner, to Tony Adams. Because that was my home, London, even if Real Madrid, Barcelona or Manchester United (twice) come knocking, actually I’m doing ok here, it’s a fair wedge, it’s alright. Frank Lampard and mainly John Terry they’ve been incredibly loyal to Chelsea because they were Londoners at the end of the day. It was natural to Cesc to go back to Barcelona. Of course, there are the agents, let’s be honest, if they get moves, earning grows.

7. What memories of Romanian football do you have? Players, teams, matches?

When they beat us in the World Cup. It was your day when they all painted their hair. Got behind me and Graeme Le Saux (sorry, Graeme!), playing Graeme. You had a great little team. And also the Euros. They went to the Euro 2000 and beat them again. I was injured that game, couldn’t play, Phil Neville gave away the penalty. ­

But Hagi was a Romanian, playing for Galatasaray. I have massive respect for him, super player; I think I got under his skin, which was my intention. If you don’t, this player can kill you. They just defended, If Hagi hadn’t got sent off, and we would have won­ if Hagi stayed on the pitch. 11 against 11, Galatasary would have come out and give us opportunities, but it was their moment.

8. Would you come to work in Romania?

I would go anywhere somebody that wants me, just looking for a good owner. Who’s not performing well this year? Cluj? When you speak to Cluj boss, tell him to contact me, I would come sort them out. 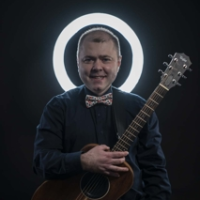